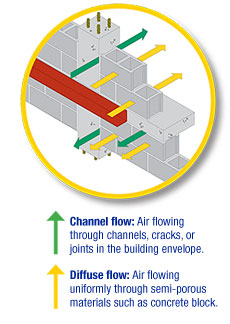 According to Architectural Record News, “Buildings use massive quantities of raw materials and consume nearly half of the energy used in the U.S. and 70% of the electricity generated.”

Henry’s Building Science Specialists can help you identify and address common problems, such as:

Too often, these problems are improperly addressed by oversizing the HVAC system to compensate for energy loss — a costly solution that does not address the resulting moisture build-up.